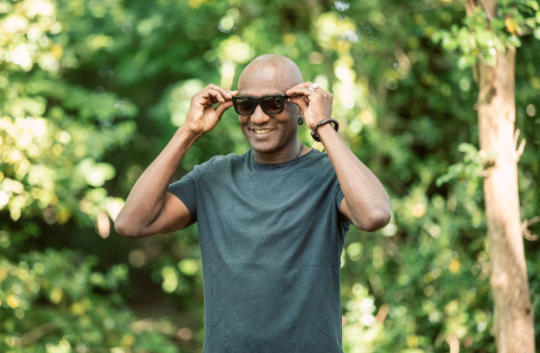 Founded by German duo Pan-Pot in 2014, Second State has since released a steady stream of records from some of the most exciting names in techno, including Amelie Lens, Andres Campo and Michael Klein – as well as a handful of EPs from Pan-Pot themselves.

Making music since 1996, Quenum’s back catalogue reads like a who’s who of some of techno’s most lauded labels, including Supernature, Serialism Records and Cadenza, the label he created with fellow Swiss don Luciano. More recently he released three-track EP ‘We Are Together’ on Spanish imprint This And That.

From 2013 to 2019 he worked with Italian DJ and music producer Cesare v Disorder under the moniker Azimute, touring Asia, Australia and South America. Now Quenum returns to focus on his solo career with a string of releases and collaborative projects set to surface this year.

A refined, invigorating techno track on a similarly stellar V/A compilation, ‘Fact Action’ will undoubtedly become a post-lockdown staple in clubs across the world.